In a previous discussion about Vim-style digraphs:

One feature that I always liked in vim as a French speaker working with qwerty is the ability to input special characters directly in the buffer using digraphs. I decided to extract this functionality in a standalone command-line tool called digraph so it can be used directly in the shell or in kakoune through piping. I find it really useful when writing email in French. Since, as opposed to Vim, the use of digraphs is non-interactive, a placeholder character (#, but I intend on making this con…

vxid posted a link to a C program that can be used to convert text digraphs through a pipe. Aside from this link, there has been little progress on interactive digraphs for Kakoune.

Here is a plugin that tries to address this issue: 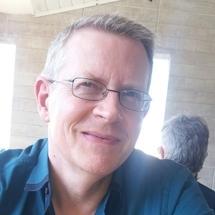 Interactive digraphs for Kakoune. Contribute to ftonneau/digraphs.kak development by creating an account on GitHub.

The plugin provides vim-like digraphs, but with improvements:

The README on GitHub gives more details and has a few examples of converted text.

Hi & thanks for this plugin!

One note about README/installation instructions: it looks like that e.g. the following works if you put it into your kakrc & if you use plug.kak (thus no need for manual installation nor extra directories):