Hi everyone! I’m sorry to announce it this way, but currently I’m rather busy with my new job, and have almost no time that I can dedicate to maintaining and improving Kakoune plugins that I wrote during these years.

So I’ve decided to ask if someone willing to maintain some of the plugins. Here’s a list of plugins I think are good:

Although all three can be improved. And these are the plugins, that I’m considering a failed effort, but someone might still find those useful:

My last effort was to rewrite plug.kak, but during design document writeup I’ve realized that I really have no time to do this, as I have too much new things to learn. Though, my highest hopes are that plug.kak will continue to live in one form or another, as I find it the most comfortable way of managing plugins across all editors that I’ve used. Plug.kak currently works fine, but a bit chaotic inside because of some quirks of POSIX sh implementations, and deserves a more clean rewrite, but I can’t do that, unfortunately.

So If anyone want to take care of any of these plugins, please let me know. Depending on method I’ll either indicate a maintained fork in README, or remove repository in favor of new one.

I really appreciate everything this community does, and @mawww’s work on Kakoune. Huge thanks for everyone for inspiration, ideas, suggestions, bug reports, merge requests, fun stuff, and everything else you guys do.

I’m rather busy with my new job

New job, I didn’t even get a chance to hire you!

This is one of the most critical plugins in the community, it is vital we get a good maintainer for it, possibly even rolling it up into the formal project?

as I have too much new things to learn

smarttab.kak - tab handling as in most other editors

wish this was a part of vanilla kakoune

New job, I didn’t even get a chance to hire you!

wish this was a part of vanilla kakoune

I’ve submitted a PR several years ago, but there was no interest at integrating this feature into the core package at the time. I was fine with it being a plugin, so… Well you can submit a new PR, I surely don’t mind

Thanks for your great work, and for tempting me to go back to Emacs

plug.kak and smarttab are really useful, I’d surely help out.

Thank you for your contributions, and best of luck with your future! I’d love to help out, but since I myself am very busy, would only be able to take on the load of 1, maybe 2 smaller plugins. I’ll check some of the plugins out and let you know if I can take them over.

I am going to name-check some people here who I think could maintain at least the critical plug.kak.

At last but not least, would you consider giving plug.kak official status in the project @mawww?

I don’t have an interest for plug.kak sorry.

Sorry, these days I couldn’t allocate resources for plugin maintenance.

currently I’m rather busy with my new job

Congrats! Thank you for the contribution to the growth of Kakoune ecosystem and I hope you have fun with the new project =)

In case you came here worrying about fzf.kak future, I should note that you can use connect.kak from @alexherbo2 instead.

Here’s my kakrc config if you’re looking for inspiration.

You’ll note that I’m also using connect.kak instead to integrate with ranger in addition to fzf 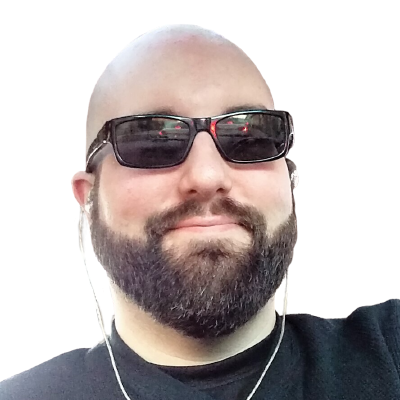 Plugin manager for Kakoune. Contribute to robertmeta/plug.kak development by creating an account on GitHub.

If you could just point your README.md to mine as the actively maintained version. Thanks!

I’ve updated the readme, and now it points to your repo. You also should enable issues, if you’re willing to maintain user request as well.

Yep, turned on all the gadgets! I will try not to drop your baby on its head.

I would be willing to volunteer to maintain powerline.kak.
https://github.com/jdugan6240/powerline.kak

Thanks! I’ve put a link to readme pointing to your repository. Feel free to ask, if you’ll have any questions on how plugin works – It’s a bit complicated, because I’ve experimented with modular structure