Post about difficulties with developing LSP client by YCM maintainer 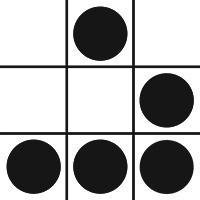 r/vim - A LSP client maintainer's view of the LSP protocol.

YCM is a completion framework or engine for Vim editor, which is apparently supported by Kakoune. It also has an LSP client, and this post in r/Vim, shows some critique on the protocol and client implementation in Vim as well as in other editors.

I wonder what @ulis would say about creating an LSP client for Kakoune editor.

The complaint about UTF-16 has been discussed a few times on IRC by mawww and ul.

They were even discussing trying to organize pushback against it right? Did that sort of fade?

Thank you for the link, this article is a good summary of the reasons why kak-lsp in particular doesn’t implement entire protocol at the moment. One more thing to add on top of it is that protocol seems to be designed without multi-cursors in mind which makes non-trivial things like https://github.com/ul/kak-lsp/issues/40