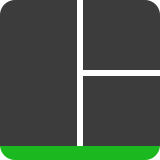 tmux source code. Contribute to tmux/tmux development by creating an account on GitHub.

tmux is a terminal multiplexer: it enables a number of terminals to be created, accessed, and controlled from a single screen. tmux may be detached from a screen and continue running in the background, then later reattached.

I will agree that Tmux annoying to configure, and having to have

In order for Tmux to work as intended is a bit silly. I remember the nice thing about Kitty was not having to configure Tmux, though I don’t recall why I switched to Alacritty + Tmux. I think it’s because I found no real use in being able to create kittens, that or it just frustrated the hell out of me. That and I think the keybinds I had to use for Kitty annoyed me, maybe.

The thing I’m seeing with looking at wezterm is that

Other than that, it looks cool. I might try it for the hell of it.

Nushell is somewhat the same. I don’t see why I need the extra stuff that it provides. Though, I use Fish so it’s not like I can really talk about “unnecessary” features.