So, I installed kak-snippets and was relatively impressed after I modified the regex’s for the base language a bit(to allow for any amount of whitespaces proceeding the syntax) as well as trailing whitespace(so donut_flag=false) doesn’t trigger expansion. this did have the issue of the inserted code not respecting indentation, but that could be solved by using lookbehind as opposed to ^(\s*)D...).

It kind of gave me an idea how much coding could be sped up simply by having a fairly exclusive set of snippets for the base language, and I had a bunch of ideas on how to improve on it but I was thinking I’d start from scratch, mainly because if I can make it something cross-editor then that means a larger userbase(and hopefully more contributors)

I’m still really new to kakoune, as well as trying to write code intended to be used by other people, and currently I’m still trying to wrap my head around the syntax. anyway here are my questions

somewhat related but not entirely… is there a good way to edit a directory as if it were a file? renaming regex based directories is a major PIA

somewhat related but not entirely… is there a good way to edit a directory as if it were a file?

I’m not sure if this is exactly what you’re looking for, but moreutils includes a tool called vidir that takes a directory name and opens $EDITOR with a buffer that looks like:

I was thinking I’d start from scratch 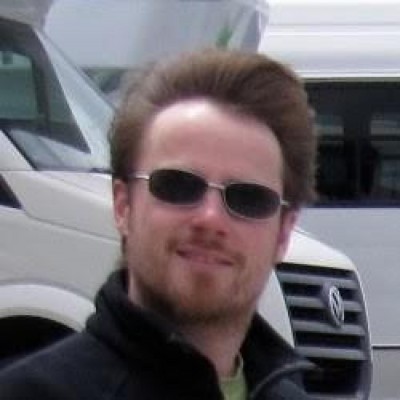 I’d love if Kakoune had a similar plugin. But of course, it’s very complex.

I’d love if Kakoune had a similar plugin. But of course, it’s very complex.

Or https://github.com/joaotavora/yasnippet. It also features many interesting ideas.

After writing my own snippet plugin for Vim, I’ve realized that for me the main feature of snippet plugin is being able to edit nested snippets. Because when I write code, LSP provides function call parameters as a snippets, and if I call function in the function I nest snippets and can escape those with single key. Unfortunately I have no idea how to implement this feature without using complex environment defined in some language that will keep an eye on what’s user is doing with snippets, thus will have some state.

Other must have features of a snippet manager are:

I’m not sure if you’re talking about my kakoune-snippets plugin, but if so:

Thanks for all your feedback. I’m still kinda wrapping my head around how to go about designing it.

Is it possible to pass the current line number to a script/executable? I was thinking that stuff like auto completing function documentation might be done by manipulating the current line, the current indentation, and knowing the size of a snippet prior to text insertion. For every line added between snippet start and snippet end, you could update the snippet end value.

I’m not sure, but some snippet managers allow to define trigger in such a way that it explicitly states that snippet must be expanded only on the beginning of the line without any indentation, and perhaps the opposite feature is possible.

Also I think it would be better to have 2 (or technically 4 if you count defaults as separate from contextually relevant) types of snippets, and just have special instructions separate from the snippet itself to be executed if a particular snippet is loaded(or alternatively have a special set of instructions stored alongside the snippet if they are being parsed from something like a TOML or JSON file).

That way all snippets can be written in a way to be universal, and the special instructions to be executed can be variable depending on the current editor (if the goal is something truly editor agnostic)

I really want to write this in rust, partially because I’m trying to learn rust, partially because of efficiency for both iteration and regexes. Rust’s regex engine doesn’t have look behind capability, which I realized isn’t a good fit anyway given that look behind can only be set to a finite number of characters (rather than something like from beginning of the line) but from what I read is faster when for cases where this isn’t necessary.

Why put snippets into buffer? If you will use external language, such as Perl or Python or Rust (which I think is the only way to have comprehensive snippet support) you can store options in key snippet map, and just request if there is such a key, and if there is expand. I think using buffer for such task is additional complexity and error prone, because you’ll have to separate snippets and determine edges in some way.

Is there a benefit in storing the possible keys inside a Kakoune variable instead of inside a collection in a remote service? Now that I’m saying it I’m realizing I don’t know how do these things interact with the lsp. However, I suppose being able to propose snippets depending on the file and position is more general.

Just so I understand you correctly you mean storing the snippets inside the program itself and running it as a daemon right? it definitely makes more sense to do that, honestly I wasn’t sure if people would prefer it to be an executable called as needed(thus leaving storage to kakoune/the editor in question) or for it to be a daemon that takes care of everything related to the task and the editor just passes information and follows whatever instruction the daemon provides.

Plus I was kind of wary of what to do if the user has say 7 different editors open at once… would it be better to have one daemon that can handle multiple sessions or to have a single daemon per session, the former sounds like a speed trap, the latter sounds like a memory hog.

now that I think about it, as far as the daemon thing goes, you might be able to have the best of both worlds. I’m a huge fan of the idea around hexagonal design, and this could be a situation where it makes sense to have a single daemon that handles storage, and then a smaller set of task related logic that is either run as a straight executable, or a smaller daemon attached to each session

that’s one way. another is to use str-to-str map in Kakoune and access it via external program

I wasn’t aware kakoune had a map. What all options for data storage does kakoune have?