Has anyone made a wiki in Kakoune?

Kakoune itself already has a wiki on GitHub, I’m talking about a wiki actually inside Kakoune itself. I imagine the features would be something like:

I’m cool with other wiki-link syntaxes, it’s just that the double-square-brackets thing happens to be supported by Python Markdown so I’m used to it.

As a suggestion, if anybody is interested in implementing such a thing: AsciiDoc for my blog and writing (well, except I keep not writing), and since AsciiDoc allows definition of new macros, it should be easy to make wiki:SomePage[].

When I was a Vim user I did not use wiki plugins. Instead I’ve used gf feature, that selected path under cursor and jumed to the file, as well as tag files for jumping to sections. Kakoune has builtin tag support, and has gf which can be made a bit smarter and recursive like this.

This allows having files in a tree (or not) structure, with headings accessed via tags (maybe one could define a grep function that will act like gf but for headers) and we basically can use any markup language for making our own wikis.

That’s what I did in Vim. But I’ve decided to go org mode for this task in the end. 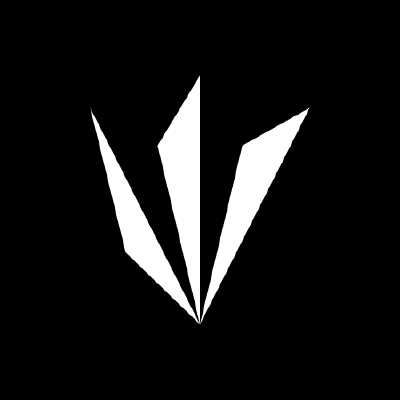 Personal wiki plugin for Kakoune. Contribute to TeddyDD/kakoune-wiki development by creating an account on GitHub.

I looked at Teddys’ wiki plugin, and while it’s cool, it seems to require configuring A Specific Wiki Path. I’d like to have any directory be a potential wiki, so I’ve started my own thing.

I would like it to be adaptable to different markup formats and link syntaxes (like AsciiDoc, ReST, etc.) and different ways of mapping page names to file paths (which characters are disallowed, whether they’re escaped or just flattened) but Kakoune is really not built for… plugability, so at least for starters I’ve decided to restrict myself to just GitHub-style wikis, and just MediaWiki-style links as described in the first post.

Currently, if you follow the example config in the README, if you edit a Markdown file and a Home.md file exists in the same directory, it maps <ret> to : wiki-follow-link, so you can hit Enter on a link to open the file it links to (again, as described in the first post).

Next, I wanted to tackle completion.

I tried generating a list of page names, and inserting them into the static_words option. I immediately hit a problem: it’s easy to add items with set -add, but you can’t easily remove or update items.

Attempt 2: links in a completions option

Kakoune’s built for this kind of custom completion stuff, so we should have all the parts we need:

If I stick that in a file and start Kakoune, it mostly works. If I just start typing, I get no completions, and the moment I type [[ I get the two completions and I can cycle through them. If I type L (the first letter of “London”) then “New York” gets removed from the completion list as I would expect.

However, if I type l, I would expect the same effect. Instead, the completion list now contains “file” and “automatically”, the two words in the default scratch buffer message containing “l”. If I then type “o” (or “d” or “n”) the scratch-buffer completions vanish and I’m back to “London” as expected.

I accept that Kakoune has a bunch of completions engines going on, and it might not always display completions in the order I expect, but I’m surprised that valid completions are sometimes hidden. Is this a bug, or some quirk of Kakoune’s design I haven’t fully appreciated yet?

EDIT: I found a workaround: if I install the completer with:

(that is, if I manually put my completer first, instead of using -add to put it last) then my completions always appear. The other completions don’t appear, but I don’t care about them as much since these completions are more specific. Other people might have multiple completion sources they care about, so maybe this behaviour still needs to be changed… but I’m OK with it for now.

In addition, we previously assumed that the link target had the same format as the current buffer - if you were editing SomePage.md and followed a link to “AnotherPage”, we would try to edit AnotherPage.md. Now we try all the extensions GitHub supports until we find one that results in a file that exists, or fall back to .md if none of them exist.

This afternoon I spent some time using the plugin to sketch out world-building notes for a role-playing game I want to run, and the biggest frustration I had was getting side-tracked by ideas rather than wrestling with the tool. I consider that a success, but I’ll keep using it for a while to see what other awkwardness I encounter.